Beyoncé Backlash Continues As Some Police Unions Call For Boycott 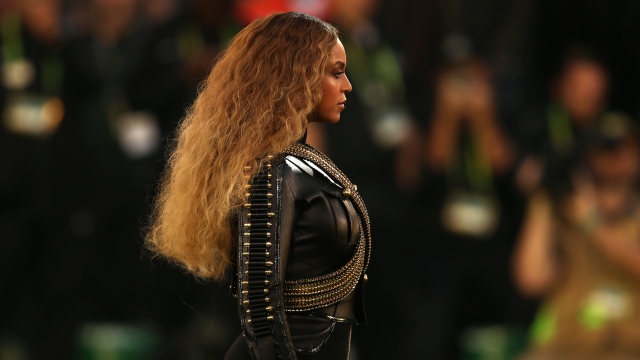 If you've been lucky enough to get tickets to Beyoncé's Formation tour, the venue may be sans police protection.

Multiple police unions and stations have called on all officers to refuse to work at Queen Bey's concerts. The Nashville Fraternal Order of Police released a statement saying, "We ask officers to refuse to support the efforts of artists who promote a false narrative of law enforcement attacks on black citizens."

The organizations are taking umbrage with Beyoncé's latest video, "Formation," which gives nods to the Black Lives Matter movement and anti-police brutality protests across the country. Her performance at the Super Bowl also featured backup dancers dressed similarly to The Black Panthers Party.

"To see that in the middle of an NFL football game, without any suggestion that we should respect the people who have saved our lives and the people who have their lives on the line to save our lives, that offended me in an emotional way," former New York City Mayor Rudy Giuliani told CNN.

The backlash was swift, with some calling Beyoncé anti-police, and even blaming the performer for officer deaths after the Super Bowl. To be clear, there is no incitement to violence against police officers, or anyone at all, in either Beyoncé's video or Super Bowl performance.

As far as the concert boycott, not all police are on board. The Tampa PD denied reports officers were refusing to work security for the city's upcoming Beyoncé concert. They even enlisted Beyoncé's help to do it.

Beyoncé seemingly addressed the controversy in a very Beyoncé way, which is to say on a very large stage at the Grammys and without actually mentioning any specifics.

"Art is the unapologetic celebration of culture through self-expression. ... Some will react, some will respond and some will be moved," Beyoncé said before giving the award for Record of the Year.