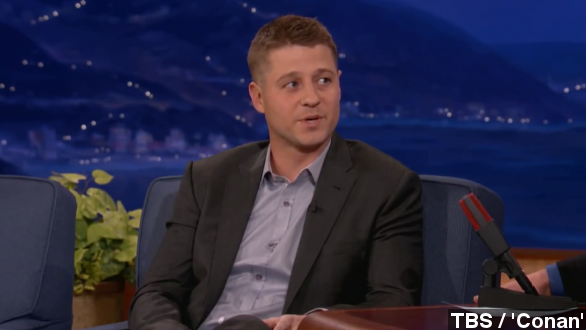 SMS
Ben McKenzie To Star In Fox's Batman Prequel
By Collin Ruane
By Collin Ruane
February 9, 2014
The actor is best known for his roles on past TV shows like "Southland" and "The O.C." "Gotham" is expected to premiere on Fox this fall.
SHOW TRANSCRIPT

Five months after Fox announced it was launching a prequel to the popular "Batman" series, the show has cast its star.

That star is actor Ben McKenzie —  best known for his roles on past TV shows like "Southland" and "The O.C." (Via TBS / "Conan")

Variety reports McKenzie will be playing the young version of Commissioner James Gordon. The character will be in his pre-commissioner role as a detective for the Gotham City Police Department in this upcoming series.

The Hollywood Reporter notes the new show was first announced back in September. The writer who put the show's pilot together is Bruno Heller, creator of the popular CBS drama "The Mentalist." Heller will also serve as an executive producer.

E! reports the show will be an "'operatic soap' that will showcase 'Gotham teetering on the edge.'" That's according to information Fox's entertainment chairman gave to reporters at a recent Television Critics Assocation event.

Entertainment Weekly adds many of the characters who are in costume for the Batman movies and comics will be shown in their roles before they got their hero and enemy statuses.

E! also reports Batman, of course, will be in the upcoming show as well — but will be featured as a young boy at about 12 years old. "Gotham" is expected to premiere on Fox this fall.