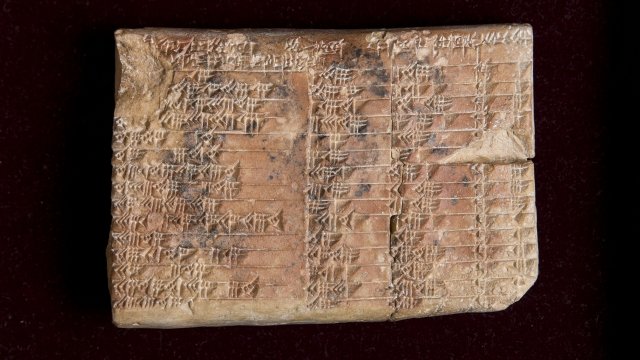 By Sarah Schlieder
August 24, 2017
It predates the Greeks' use of trig by about 1,000 years.
SHOW TRANSCRIPT

If you hated trigonometry in high school, blame the Babylonians.

Scientists say a 3,700-year-old Babylonian clay tablet they've studied is the world's oldest, most accurate trigonometric table. It predates the Greeks' mastery of trig by about 1,000 years.

Antiquities dealer Edgar Banks discovered the tablet back in the early 1900s. But scholars and mathematicians weren't sure what it was originally used for. 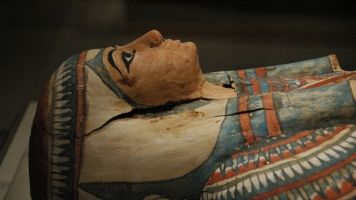 Now, researchers argue the tablet has a special pattern of numbers describing a sequence of 15 right-angle triangles. This is a simpler and more accurate form than modern-day trigonometry — it's based on ratios instead of angles and circles.

It's still not clear how the tablet was used. Some historians suggest it was used for teaching; others say it was a tool used in the construction of ancient temples and canals. Mathematicians say if we wanted to, we could put it to the same use today.