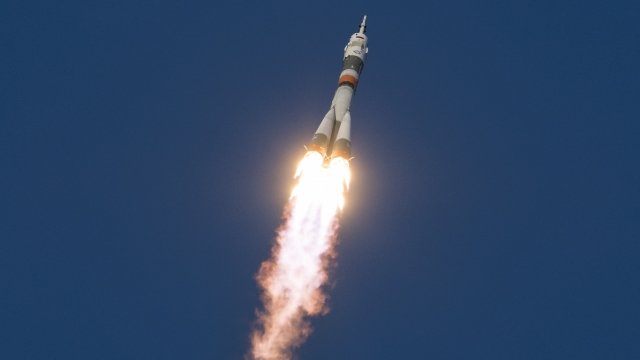 By Katherine Biek
December 3, 2018
Their successful launch comes after a failed one back in October.
SHOW TRANSCRIPT

A trio of astronauts blasted off to the International Space Station Monday morning.

Their successful launch comes after a failed one back in October. That previous crew — an American astronaut and a Russian cosmonaut — had to make an emergency landing after liftoff. Investigators blamed a malfunctioning sensor that was damaged during the rocket's assembly.

Monday's mission wasn't supposed to launch until December 20 — well after the crew currently manning the ISS were scheduled to return to Earth on Dec. 13. But October's failure threw a wrench in those plans. Russia's space agency then decided to move up the launch and delay the departure so that the space station wouldn't be left unmanned.

Shortly into their six-hour trip Monday, NASA reported the three astronauts were safely in orbit. They'll spend the next six and a half months on board the ISS.