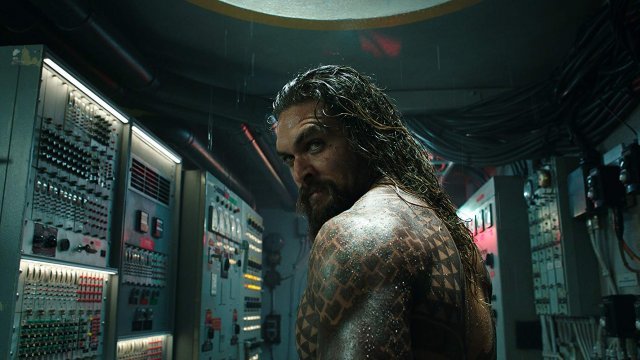 By Jamal Andress
December 23, 2018
With a $67 million weekend and Christmas in the middle of the week, "Aquaman" is getting two box office weekends for the price of one.
SHOW TRANSCRIPT

Overwhelmingly taking the No. 1 spot this weekend is "Aquaman" bringing in an estimated $67 million in its domestic debut. Now, that's well behind the likes of 'Wonder Woman' and even 'Man of Steel' but still encouraging for the folks at Warner Bros. Why?

Well, because the Christmas movie rush is yet to come. With a $67 million weekend and Christmas in the middle of the week, "Aquaman" and several other films are getting two box office weekends for the price of one.

Not only that, but "Aquaman" is getting a lot of love overseas. Since Arthur Curry landed at the foreign box office in early December its made more than $400 million — more than half of which came from China alone.

But more importantly, this film has positive reviews to go along with its war chest of foreign ticket sales. With a 64% on the tomatometer this is the second-best reviewed film the DC Extended Universe can lay claim to — behind Wonder Woman of course.

Turns out, Aqua-bro has a little more to offer than slow motion drinking scenes and fun catchphrases.

Taking the No. 2 spot this weekend in its domestic debut is "Mary Poppins Returns" bringing in an estimated $22 million. While, Mary Poppins should get a substantial boost from the Christmas crowd that's still less than the Mouse House was hoping for.

"Mary Poppins Returns" cost more than $130 million to produce which leaves the folks at Disney with a pretty big hole to fill after such a small domestic debut. Fortunately, for the rest of December and the first week of January there won't be any new PG family-film competition at the box office.

Not until this 'Homeward Bound' knockoff do moviegoing families get another PG rated film. "A Dog's Way Home" hits theaters January 11th.

And last but not least is the "Transformers" spinoff "Bumblebee" bringing in an estimated $21 million in its first week out. From what I hear, this one doesn't suck.

As for next week, if 8 'Saw' movies and a spinoff wasn't quite enough for you, here's this.