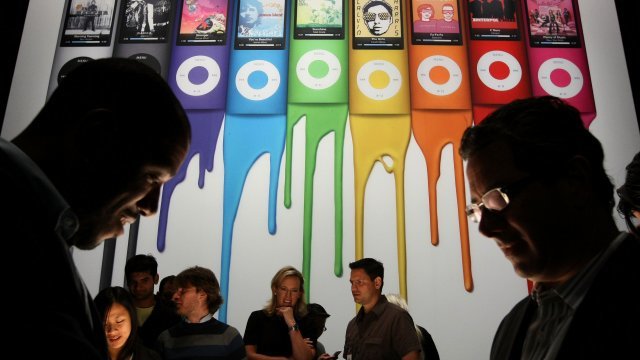 By Gabrielle Ware
July 27, 2017
Apple will no longer carry the iPod Nano or Shuffle, the last of the noninternet-connected iPods.
SHOW TRANSCRIPT

Apple is pulling the plug on two of its least modern devices.

The company announced Thursday the iPod Nano and the iPod Shuffle are being discontinued. That means Apple has completely phased out its iPods that are single-purpose music players.

The MP3 players have had a hard time keeping up with more modern all-in-one Apple products. Analysts told CNBC that Apple has sold about 1 million iPods per quarter this year. It sold about 40 million to 50 million iPhones over the same period.

Apple is all about device crossover, and the Shuffle doesn't have Bluetooth capabilities, so it can't pair with other Apple products. And the Nano and Shuffle are the only iPods that don't run on iOS.

iPods were created in 2001 and played a huge role in popularizing digital music over physical products like CDs. Apple says it will now carry two models of the iPod Touch at a lower price and with a higher capacity.

That decision is probably to keep the item competitive as more people decide that all they really need is their phone.