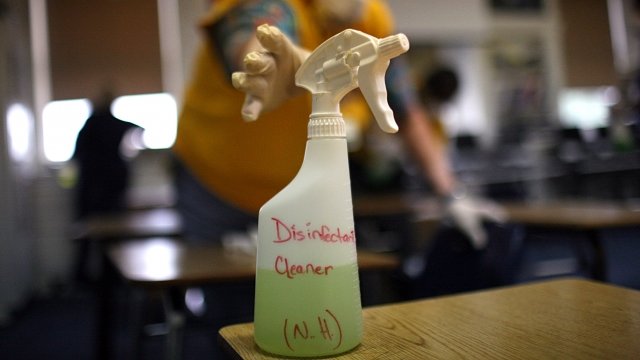 A new study suggests a link between exposure to certain household cleaning products and overweight children.

Researchers found that babies in homes where antibacterial cleaning products were used at least once a week were more likely to have higher levels of certain gut bacteria. When that group was three-years-old, their body mass index was higher than children who didn't live in homes where disinfectants are frequently used.

The study's authors say that points to a connection between cleaning disinfectants and gut bacteria, but caution more research is needed to confirm a causal relationship.

Previous studies done on animals have found similar results, and others have linked higher levels of a particular gut bacteria with higher body fat and insulin resistance in adults.

The study also found that babies in households using eco-friendly cleaners had lower levels of that bacteria, and weren't as likely to become overweight as toddlers. Researchers note that could be due to other factors related to a healthier lifestyle.

Experts aren't recommending that consumers switch out antibacterial sprays for green products just yet. But some say it's important to continue this type of research to identify possible risk factors in the childhood obesity epidemic.