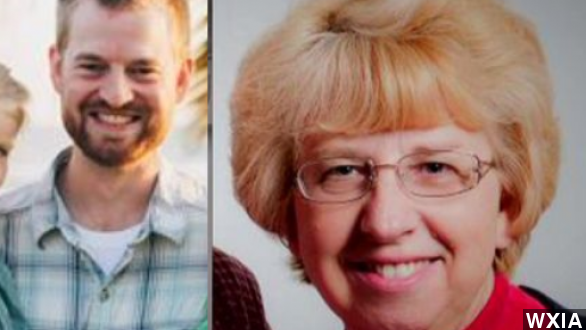 By Madison Burke
August 21, 2014
It's unclear whether the American Ebola patients' recoveries can be attributed to an experimental drug or early detection and good medical care.
SHOW TRANSCRIPT

The two American humanitarian workers who were treated for Ebola in an Atlanta hospital have now been released. One of the patients, Dr. Kent Brantly, along with hospital staff, made statements upon the release.

BRANTLY VIA CNN: "I am thrilled to be alive, to be well, and to be reunited with my family."

DR. BRUCE RIBNER VIA WXIA: "We are hopeful that what we learned here will assist our colleagues in Africa in caring for these critically ill patients."

Both patients received doses of the experimental drug ZMapp. ZMapp contains man-made antibodies believed to fight Ebola. Right now it's unclear whether the drug played a significant role in the patients' recovery.

ZMapp was also given to three doctors in Liberia, who are now showing signs of improvement. But again in this case, it remains unclear whether they recovered because of the drug or because of early detection.

According to the Centers for Disease Control and Prevention, researchers cannot legally say the drug works until they complete a scientific trial. They need to be able to compare the results of a group that received the drug and a group that did not. And no trials have been done yet on humans.

But if it might help, why aren't more people getting the drug? Ebola has already killed more than 1,000 people in Africa.

The developer of the drug, Mapp Biopharmaceutical, says because ZMapp is so new and still in the experimental phases, not much of it is available.

The released patients will be receiving follow-up care from the hospital.