Soon, These Two Digital Assistants Will Be Able To Talk To Each Other 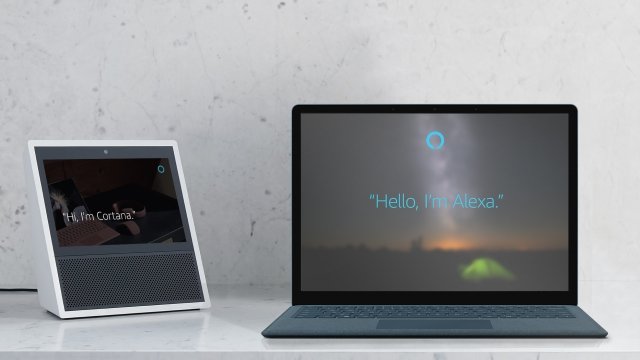 SMS
Soon, These Two Digital Assistants Will Be Able To Talk To Each Other

By Jake Jones
August 31, 2017
The digital assistants Alexa and Cortana should be able to summon each other by the end of the year.
SHOW TRANSCRIPT

Alexa and Cortana, two digital assistants with very different strengths and uses, will soon be able to work together.

It may sound weird — maybe even a little creepy — but the project has been in the works for over a year.

Now, Alexa will be able to ask Cortana to check your Outlook emails, and Cortana can tell Alexa to place an Amazon order for you, among other things.

That's because the two artificial intelligences are best-suited to different things. Cortana is deeply integrated with Microsoft's programs and generally lives in computers and mobile devices. Alexa mainly lives in Amazon's Echo, a home-based device, and can perform thousands of tasks, including voice-only ordering from Amazon.com. 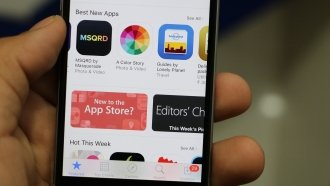 Apple Takes Down Apps Made In Iran Because Of US Sanctions

Alexa and Cortana should be able to summon each other by the end of this year.

That leaves Apple's Siri and the Google Assistant out of the mix. Let's just hope one doesn't feel too left out and go all "Terminator" on the others.