Amazon Raises Its Minimum Wage To $15 An Hour 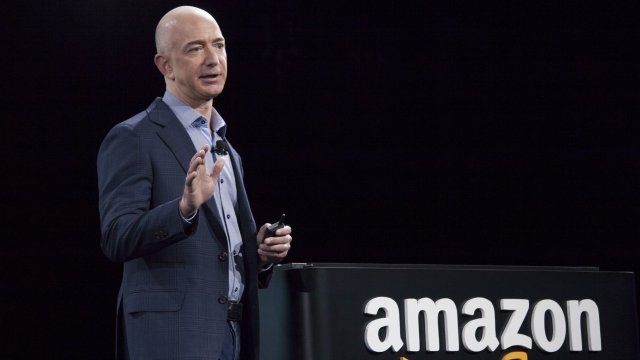 SMS
Amazon Raises Its Minimum Wage To $15 An Hour

Amazon will pay its employees in the United States at least $15 an hour starting November. The trillion-dollar company announced Tuesday this will affect 350,000 employees  —  including full-time, part-time and temporary workers. Subsidiaries like Whole Foods will also be included.

Amazon's CEO, Jeff Bezos, said in a statement: "We listened to our critics, thought hard about what we wanted to do, and decided we want to lead. We're excited about this change and encourage our competitors and other large employers to join us."

Last month, Sen. Bernie Sanders introduced a bill called the Stop Bad Employers by Zeroing Out Subsidies Act, also known as the Stop BEZOS Act. It's meant to keep large employers from underpaying their workers. It would tax companies with 500 or more employees for every dollar their employees receive in public assistance, effectively making the companies pay for their workers' benefits.

Amazon says in addition to raising its own minimum wage, it will work with lawmakers to push for an increase in federal minimum wage.