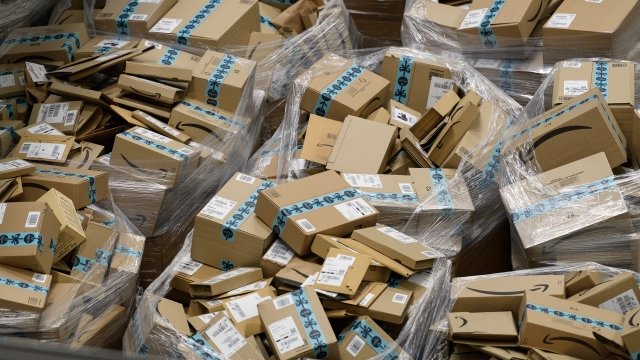 SMS
Amazon's Holiday Sales Were 'Record-Breaking'
By Audrey Esther
By Audrey Esther
December 26, 2018
This holiday Amazon says it had record sales and a record number of people sign up for its Prime membership service, but didn't give many details.
SHOW TRANSCRIPT

Amazon says it, once again, had a record-breaking holiday season.

On Wednesday, the e-commerce giant said in a press release that customers ordered more items worldwide "than ever before."

The press release also listed some of the season's most popular items, with a heavy emphasis on Amazon products such as the Echo Dot, Alexa Voice Remote and Fire TV Stick 4K.

But as several news outlets point out, the company notably doesn't disclose the actual number of items sold in its holiday sales press releases.

Amazon also says those signing up for Prime memberships continued to increase this year with "tens of millions of people starting Prime free trials or paid memberships." The company also says more than one billion items shipped for free this holiday with the subscription service.

It's never disclosed the actual number of Prime subscribers but analysts estimate it's somewhere between 65 million and 80 million.