Amazon Cuts Some Pay Incentives As It Raises Minimum Wage 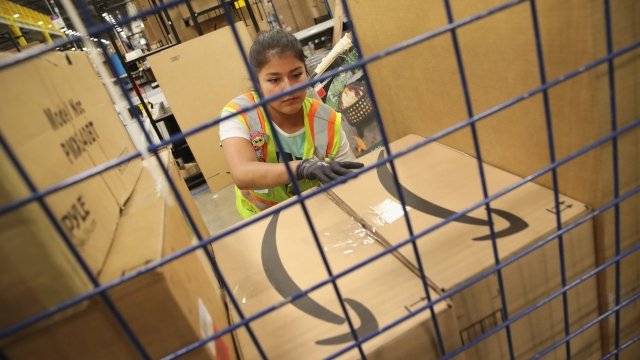 Amazon's minimum wage hike might turn out to be a financial setback for some employees.

The company announced Tuesday it was raising its minimum wage for all employees to $15 an hour. But as part of the pay policy change, Amazon said warehouse workers will no longer be eligible for monthly bonuses and stock option awards.

According to Bloomberg, those bonuses amounted to hundreds of dollars a month in some cases.

Despite some employees' claims that they'll make less money as a result of the change, Amazon told media outlets that all workers will see an overall compensation increase under the new system.

Amazon's minimum wage hike was even praised by outspoken critics of the retail giant, like Sen. Bernie Sanders and the White House.