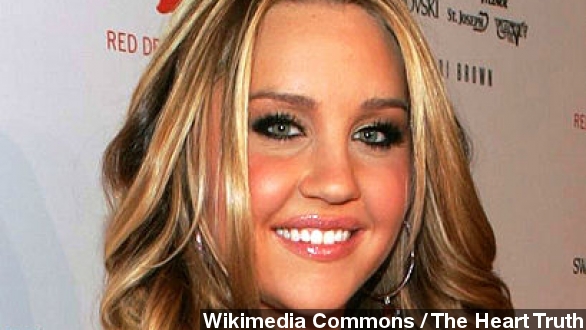 By Briana Koeneman
December 6, 2013
Amanda Bynes is officially out of rehab and recovering at her parents&#039; home in Los Angeles.
SHOW TRANSCRIPT

Amanda Bynes is officially out of rehab and recovering at her parents' home in Los Angeles.

Her mother's lawyer told People magazine Thursday Bynes has completed her inpatient treatment and is now home just in time for the holidays. (Via HLN)

"Amanda and her entire family would like to thank everyone who's contacted them with good thoughts and wishes... she's feeling better every day." (Via People)

And Bynes herself told In Touch Tuesday, "I am doing very well. I'm doing great."

TMZ spotted her walking her dogs with her parents Thursday.

The 27-year-old actress's time in rehab started in July after she reportedly started a small fire in a driveway in a California neighborhood. That was the latest in a series of bizarre incidents. (Via The Hollywood Reporter)

​Bynes was immediately taken to a hospital and placed on an involuntary 5150 psychiatric hold. Soon after, she was sent to a rehabilitation facility in Malibu, where she has been ever since. (Via Fox News)

But now that she's out of rehab and back in the real world, Bynes apparently has some big plans up her sleeve.

According to her mother's lawyer, the actress is looking at colleges that offer a fashion design major, and she's thinking about starting another fashion line. (Via E!)

Bynes did a collection for Steve & Barry's back in 2007, but their partnership ended when the company went bankrupt. (Via YouTube / dearbyamanda)

Even though Bynes isn't physically in rehab anymore, her family says she's still completing outpatient treatment. The actress's mother will reportedly remain in control of her well-being and finances indefinitely as she continues her recovery.