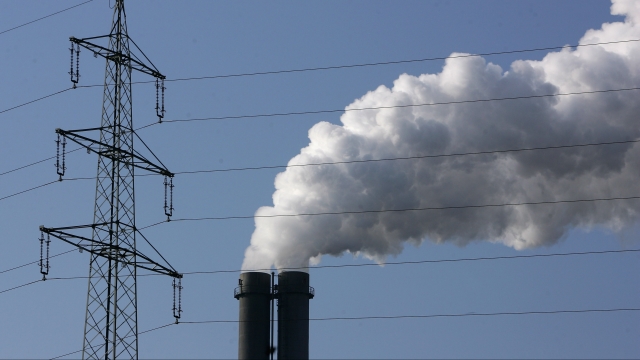 Some 87 major companies in a variety of sectors have pledged to slash their greenhouse gas emissions ahead of the biggest climate week in the world — Climate Week NYC.

A nonprofit coalition focused on working with businesses to take action on climate change announced the move Sunday. The companies have committed to set climate targets aimed at limiting global temperature rise to 2.7 degrees Fahrenheit above pre-industrial levels and reaching net-zero emissions by 2050.

The coalition said in a statement that the announcement also comes ahead of a "milestone Climate Action Summit" hosted by the U.N. secretary general. It aims to provide an opportunity for governments and businesses to present plans of action that are aligned with a U.N. report released in August. The report warned of "catastrophic consequences" if global warming exceeds 2.7 degrees.

In a press release, the U.N. secretary general said it's "encouraging" that so many companies in the private sector are "stepping up in support of a [2.7 degree Fahrenheit] future." He also called on many more countries to join the movement.

The companies involved in the commitment announced Sunday include Levi Strauss & Co., L'Oréal, Nestlé and Hewlett Packard Enterprise. The 87 companies are headquartered in 27 countries and represent over 4.2 million employees from 28 sectors. They produce a combined annual direct emissions equivalent to 73 coal-fired power plants.