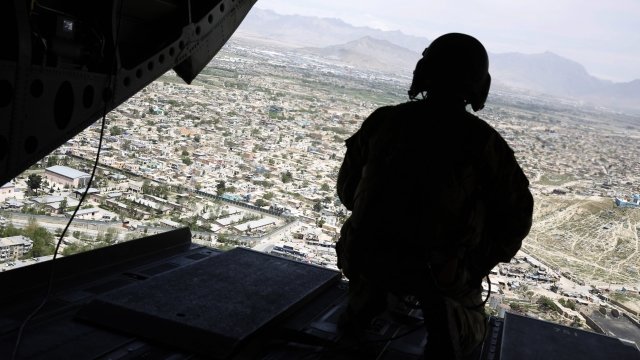 Afghanistan has rejected a plan from U.S. businessman Erik Prince to privatize the ongoing war in the country.

You've probably heard his name associated with Blackwater, the private military company he founded in the 90's. It provides security services to the federal government, including the CIA, as well as training for law enforcement officials.

In an interview with a local Afghan news outlet last month, Prince said hiring his contractors to support Afghan forces could end the war in "six months after the program is fully ramped up." The U.S. war in Afghanistan began 17 years ago.

And Human Rights Watch warned on Tuesday, some solutions to end the war could endanger civilians and "undermine what fragile justice systems exist." As the organization points out, Blackwater came under scrutiny after four employees were tried for killing 17 Iraqi civilians in 2007.

In August, the Trump administration said it wasn't even considering Prince's proposal.