Companies Say They're Still Waiting For Refunds From Cindy Hyde-Smith 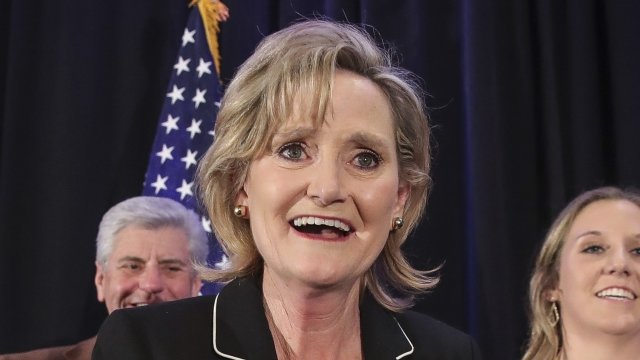 More than a month after she won re-election, some major companies say they're still waiting for refunds from Mississippi senator Cindy Hyde-Smith.

Some companies, including Walmart and Google, demanded refunds of the donations they made to her campaign after it was revealed she'd made controversial comments.

In mid-November, a video was published that showed Hyde-Smith telling a supporter she'd be in the "front row" of a "public hanging" if she were invited to one.

It's unclear if Hyde-Smith has refunded either Walmart or Google their reported donations of $2,000 and $5,000. According to a recent campaign filing with the Federal Elections Commission, the GOP senator has returned some contributions, including about $5,400 to the owner of the San Francisco Giants and his wife. Three political action committees, or PACs, also got their money back.

Hyde-Smith beat Democrat Mike Espy during a runoff election on Nov. 27. They were competing to finish out Sen. Thad Cochran's term after he retired.

She's expected to be on the ballot again in 2020 to seek a full, six-year term.