Adele Says Goodbye From The Other Side ... Of The Political Aisle 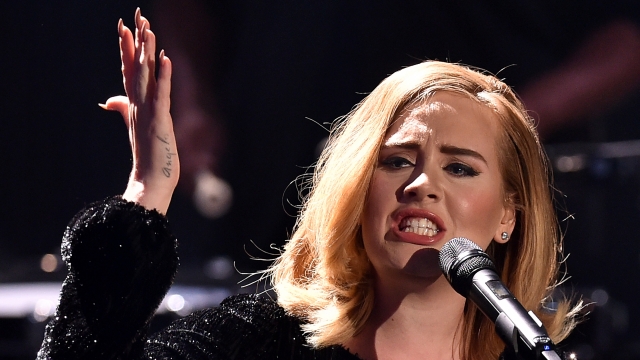 SMS
Adele Says Goodbye From The Other Side ... Of The Political Aisle
By Cody LaGrow
By Cody LaGrow
February 1, 2016
A spokesman for the British singer said Adele hasn't given anyone permission to use her music for political campaigning.
SHOW TRANSCRIPT

Sorry, politicians. It's time to find someone like Adele.

Donald Trump has been using Adele's music on the campaign trail.

And, say "Hello" to this parody from Mike Huckabee.

Looks like Adele is saying "goodbye" to election season already.

On Monday, her camp released a statement.

"Adele has not given permission for her music to be used for any political campaigning," her spokesperson said.

Adele identified herself as a "Labour girl" in 2011.

Politically, that means she leans left in the U.K.

At least Trump still has this song.