Every Hurricane Season Ends With A Single Number 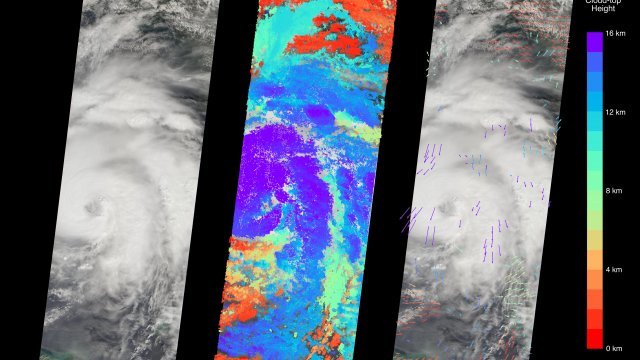 SMS
Every Hurricane Season Ends With A Single Number

By Evan Thomas
November 30, 2018
Scientists measure the combined strength and duration of a hurricane season to compare it to other years and spot trends.
SHOW TRANSCRIPT

On Nov. 30, the Atlantic hurricane season officially ends. Its energetic storms often leave behind devastated coastlines, displaced communities and billions of dollars in damage. To help put the collective effects in context, meteorologists sometimes boil the combined strength of every tropical storm and hurricane in a season down into a single number, called accumulated cyclone energy.

This number rolls together specific measurements of how fast tropical storm winds get, how long storms last and how frequently they happen. Cyclones with faster winds bring the number up, and so do storms that stay strong for a long time. Each storm gets its own ACE measurement, and at the end of the season those numbers are combined to give the season total. The units are complex: 10 to the fourth power knots squared. Usually they're left off, just for simplicity.

NOAA uses the number to make basic estimates of whether a season was average or above or below normal activity. It includes those estimates when it reports on a season's progress.

The preliminary number for 2018 is about 126, which is higher than average and makes it an "above normal" year. For 2017, the latest year we have official numbers for, ACE was even higher at 226. 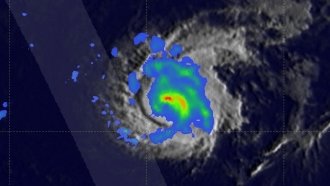 What Happens When A Hurricane Stalls

Having a single measure can't convey every variable that makes up a storm season, but it does give us a fast way to understand how the overall strength of a given year compares to others. And scientists can use the number to track certain broad changes in how tropical storms behave. For example: The ACE is one way to show that the intensity of hurricane seasons has crept upward in the last 20 years or so.

But the ACE is subject to change because hurricanes can and do happen outside the dates of the official "season." A final measurement doesn't come until the end of the calendar year or sometimes even later. In the rare case that a storm that started in one year ends in another, its ACE measurements get added to the first year's totals.