A Space Force Would Probably Bring New Weapons With It 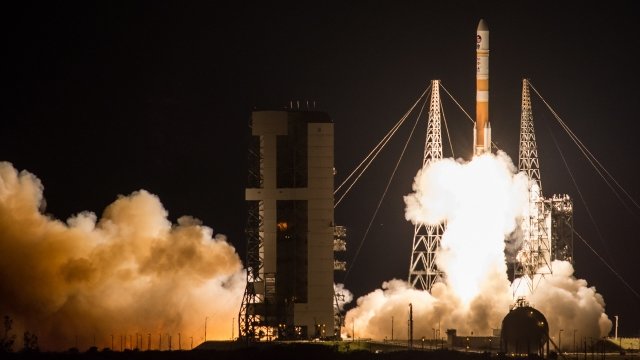 SMS
A Space Force Would Probably Bring New Weapons With It
By Tyler Adkisson
By Tyler Adkisson
August 13, 2018
Fighting a war in space is going to require some technology that the U.S. does not have.
SHOW TRANSCRIPT

The Trump administration has called for a Space Force in part because "our adversaries have transformed space into a warfighting domain already." And that's true: Even if the Space Force never gets off the ground, the U.S. and other countries are working toward weapons on a frontier they've never gone to before.

Air Force officials say the Pentagon has almost a dozen programs with the primary goal of making tech that defends U.S. interests in space. Some are designed to protect U.S. satellites from foreign attacks or to develop technology to jam electronic communications.

By some counts, the U.S. is already years behind its adversaries in the space fighting domain. Military officials say Russia and China are a few years away from anti-satellite weapons. Russia has already demonstrated it can use GPS and satellite jammers to disrupt space-based communications in Ukraine. 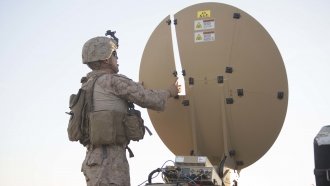 The US Military Has A Satellite Problem

It's harder to say what actual space-based weapons might look like or when they might arrive. The Outer Space Treaty of 1967 prohibits weapons of mass destruction in space, and so far that seems to be holding up. But the U.S. has notably come out against other U.N. treaties that would prevent conventional weapons in space, and legal experts worry other countries may follow suit.

For now, one of the surest checks on U.S. weapons in space could be dissent in Congress. The administration might have called for more warfighting abilities in space, but legal experts and lawmakers say minting a new branch of the armed forces — which is what the Space Force would be — requires an official act of Congress.