A History Of Donald Trump's Feud With Bob Corker 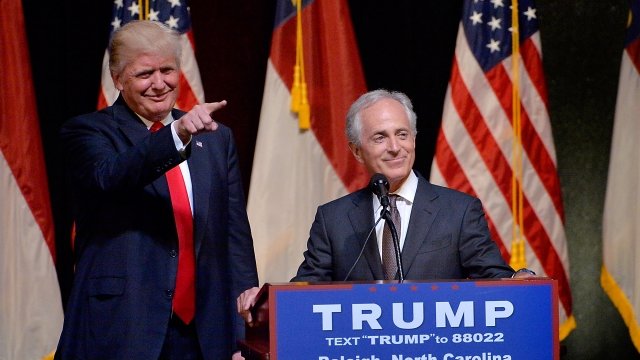 SMS
A History Of Donald Trump's Feud With Bob Corker

The majority of Tuesday's spat played out on Twitter after Corker said the president should leave tax legislation to Congress. Trump then said Corker "couldn't get elected dog catcher," and the senator responded by calling Trump "an utterly untruthful president."

The bitter exchange is just the latest in the strained relationship between the two Republicans.

The two appeared somewhat amicable during Trump's 2016 campaign. Corker didn't initially endorse Trump but was later added to the Republican nominee's national security advisory council. Corker was also reportedly in the mix to be Trump's vice president and secretary of state.

In May of this year, the senator's tone on the Trump administration became more negative, saying the White House was "in a downward spiral" after Trump reportedly revealed classified information to Russian officials. 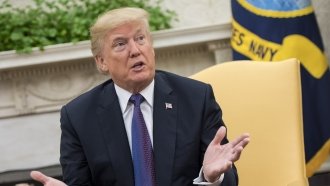 Things got heated again in the wake of August's violent protests in Charlottesville. Corker slammed Trump's "'both sides' are to blame" stance on the rally, questioning the president's competence.

Then in October, the president tweeted that Corker was retiring because Trump refused to endorse him for re-election. Corker responded by calling the White House "an adult day care center."

More recently, Corker told The New York Times that Trump could be driving the U.S. toward "World War III." Trump later said Corker was "made to sound a fool" in the interview.

There could be an end to this feud in sight: Corker is set to retire from the Senate at the end of 2018.

One Former Afghan Interpreter Shares His Harrowing Escape To The U.S.