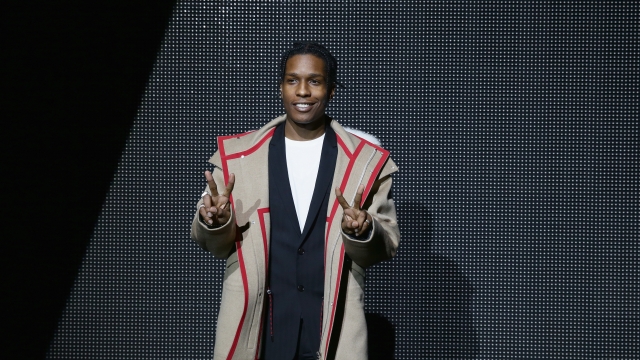 Rapper A$AP Rocky has been released from jail in Sweden and allowed to return to the U.S. as he awaits the verdict in his assault trial.

The Stockholm District Court told Rocky and his two co-defendents on Friday that they were free to leave the country. The three flew back to the United States shortly after the decision was made. A$AP Rocky arrived at Los Angeles International Airport early Saturday.

President Trump signaled his support for Rocky's release in a tweet, saying, "A$AP Rocky released from prison and on his way home to the United States from Sweden. It was a Rocky Week, get home ASAP A$AP!"

Rocky was initially taken into Swedish custody on July 3, after being accused of assault following an altercation in late June.

According to CNN, a judgment in the case is expected to arrive on August 14.