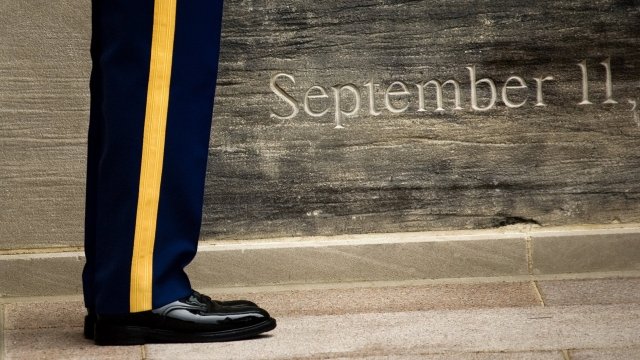 By Caitlin Baldwin
October 3, 2018
The program says its remaining $7 billion "may be insufficient to compensate all claims."
SHOW TRANSCRIPT

A government program put in place to compensate victims and first responders suffering from debilitating conditions linked to the 9/11 terrorist attacks is almost out of money.

The September 11th Victim Compensation Fund, or VCF, made the announcement in a statement released Wednesday. It said the roughly $7 billion it has left won't be enough to cover compensation for current claims, expected claims and operational and administrative costs through the program's set end date on Dec. 18, 2020.

VCF was created in 2001 to support victims and the families of victims who were injured or killed during the 9/11 attacks and their aftermath. Those who accepted compensation also agreed not to sue the airlines involved. It wrapped up in 2004, but former President Barack Obama reauthorized the VCF in 2015.

The fund isn't asking for more money. Instead, it's asking the public for input on how the remaining money should be distributed. One of the specific questions is what conditions — like cancer or deformities — should be re-evaluated in terms of how much compensation victims receive.

Once the comments are in, the VCF said it will review the submissions and determine whether a policy and procedure change is needed.

But a group of bipartisan lawmakers don't think that's enough for the men and women who risked their lives. Five lawmakers from New York sent a joint letter to their colleagues calling on lawmakers to co-sponsor legislation that would "permanently reauthorize and fund the VCF."