6 Venezuelan Lawmakers May Be Prosecuted For Alleged Treason 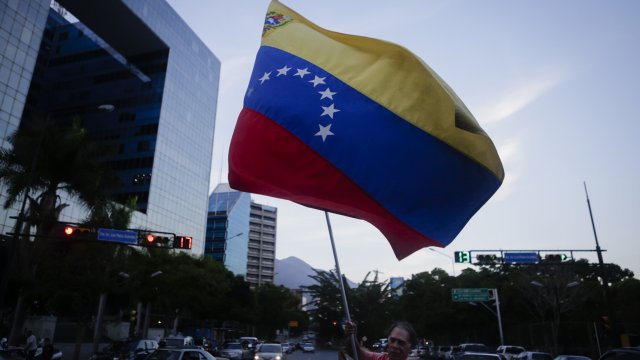 SMS
6 Venezuelan Lawmakers May Be Prosecuted For Alleged Treason
By Alec Larson
By Alec Larson
May 8, 2019
They've been stripped of their immunity to prosecution following last month's failed military uprising.
SHOW TRANSCRIPT

On Tuesday, Venezuela's government initiated criminal proceedings against six opposition lawmakers over their role in a failed uprising that aimed to unseat President Nicolás Maduro.

In a statement posted to Facebook, the nation's Supreme Court announced that it would seek to open a criminal investigation into the lawmakers for alleged crimes including "treason" and "insurrection."

Soon after the announcement, the government-backed National Constituent Assembly stripped the lawmakers of their parliamentary immunity, thus allowing for a potential trial. The Assembly did the same thing to opposition leader Juan Guaidó in April.

Guaidó, the leader of the country's National Assembly, declared himself Venezuela's interim president in January after allegations that Maduro's 2018 re-election was rigged. Late last month, Guaidó tried to initiate a military uprising against the incumbent government, but the movement didn't gain enough support.

According to Al Jazeera, Guaidó has said he does not recognize the Maduro government's decisions, which include those issued by the Constituent Assembly.