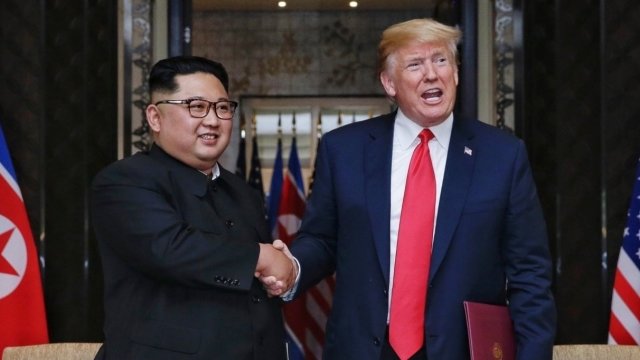 Another meeting between President Donald Trump and North Korean leader Kim Jong-un is already in the works, according to top White House officials.

"It was a very warm, very positive letter. We won't release the full letter unless the North Korean leader agrees that we should," Sanders said.

Just hours earlier on Monday, national security adviser John Bolton told members of the Federalist Society another meeting between the two leaders is possible, but he appeared to indicate it's dependent upon North Korea's denuclearization efforts.

"They are the ones that have to take the steps to denuclearize, and that is what we are waiting for," Bolton said.

Over the weekend, North Korea celebrated the 70th anniversary of its founding with a military parade that did not include displaying intercontinental ballistic missiles. Analysts say that's notable but doesn't necessarily mean the country will get rid of its nuclear weapons.