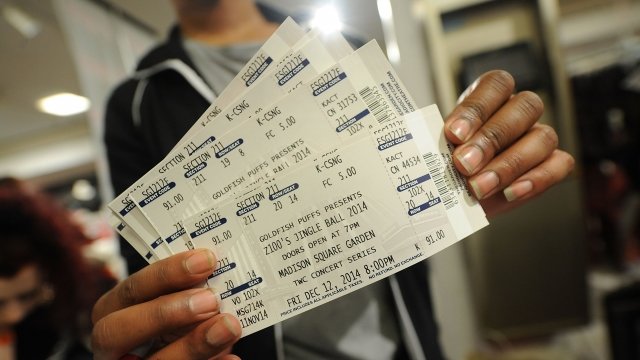 Ticketmaster is allegedly helping scalpers sell tickets — something that's against its own policy.

That's according to a joint investigative piece by the Canadian Broadcasting Corporation and the Toronto Star newspaper. Reporters from the outlets went undercover at a Ticket Summit convention in Las Vegas this year, posing as scalpers.

The undercover reporters spoke with a representative from TradeDesk — a software developed and owned by Ticketmaster to assist in the professional resale of tickets. The rep. told them that some of its brokers have hundreds of Tickermaster accounts.

Ticketmaster has publicly frowned on scalpers. Its own terms of use make it clear that using automated software or bots to purchase tickets is strictly prohibited. As NPR points out, Ticketmaster's sister company Live Nation has even asked the government to criminalize scalping.

But the TradeDesk representative told the undercover CBC and Star reporters that if scalpers break Ticketmaster's reseller rules, the company will look the other way.

Ticketmaster stands to make a profit off the practice. It gets a commission for the original ticket purchase and then a second commission when the ticket is re-sold.

Ticketmaster responded calling the allegations "categorically untrue." In a statement, the company says creating fake accounts to sell more tickets is a violation of its policy. Ticketmaster also said it has "already begun an internal review of our professional reseller accounts and employee practices."