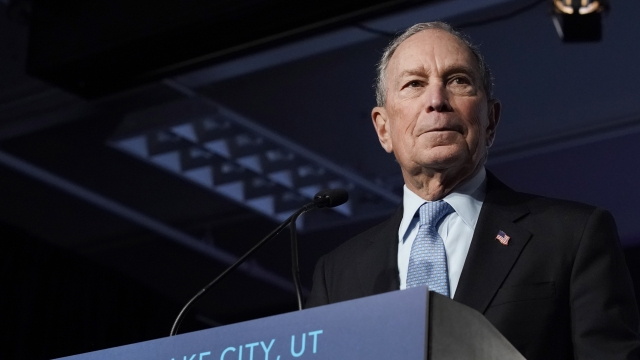 By Andrew Rafferty
February 26, 2020
A new survey from Newsy and Ipsos found 54% of Democrats feel the billionaires running in 2020 are having a negative impact on the primary.
SHOW TRANSCRIPT

More than half of Democrats say billionaire candidates have negatively impacted the 2020 primaries.

That's according to a Newsy/Ipsos poll released ahead of key primary tests for billionaire Democratic candidates Mike Bloomberg and Tom Steyer.

54 percent of Democratic respondents said these mega-rich candidates are hurting the primary process by using their personal wealth to fund their campaigns. 30 percent said they are not.

Bloomberg has already spent half-a-billion dollars of his own money on advertising - making him the highest spending candidate of all time. Steyer has spent north of 250 million dollars.

The two have accounted for more than half of all primary candidate spending for Democrats. Both candidates have defended their spending as necessary to defeat President Donald Trump - whose re-election campaign is raising historic amounts.

And Steyer responded to the poll after the South Carolina debate, telling Newsy he has used his money to further Democratic causes.

But both have come under heavy criticism from Democratic rivals who have accused them of attempting to buy the nomination.

"You've probably seen more ads for Michael Bloomberg than the rest of us running for President put together" Warren jabbed in an ad.

Bloomberg has focused his massive spending on Super Tuesday states voting March 3. And it is a big reason why the former New York City mayor has seen a surge in national polls.

Steyer, however, has yet to earn a delegate after spending millions in the early voting states of Iowa, New Hampshire and Nevada.

And even if their campaigns end, their financial impact will not. Both Bloomberg and Steyer have vowed to support whoever the nominee is on the Democratic side to take on President Trump.