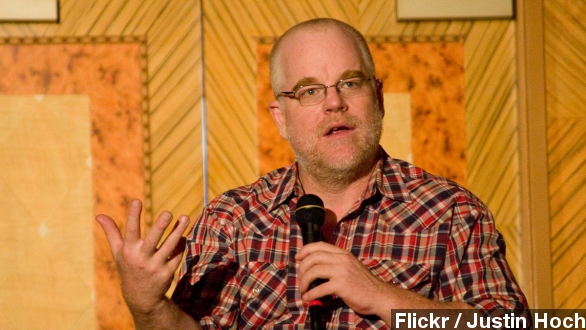 By Elizabeth Hagedorn
February 3, 2014
There are new details on how Philip Seymour Hoffman spent his final 24 hours.
SHOW TRANSCRIPT

New details on how Philip Seymour Hoffman spent his final 24 hours. Though admittedly, it’s a lot of he-said, she-said.

We’ll start with what we do know. New York police have confirmed the Oscar-winning actor died in his Manhattan apartment of an “apparent drug overdose.” His friend and screenwriter David Katz called 911 when he found Hoffman on the bathroom floor. (Via  PopstopTV, ABC)

Katz told The New York Times his friend — who had a long struggle with addiction — last week was “clean and sober, his old self … I really thought this chapter was over."

Police told CNN investigators found nearly 50 envelopes of heroin, along with used syringes and empty bags in the actor's apartment.

​Still, an official cause of death has not yet been determined. In the meantime, there are varying accounts of who saw Hoffman when and where the day before he died.

A law enforcement officer told The Wall Street Journal that Hoffman’s partner, Mimi O’Donnell, saw the actor Saturday and said he looked like he was on drugs.

And according to People, Hoffman was spotted at a restaurant in his neighborhood with two other men, and he appeared to be fine.

The New York medical examiner's office will conduct an autopsy Monday. New York Magazine reports police are also looking for the source of the drugs.