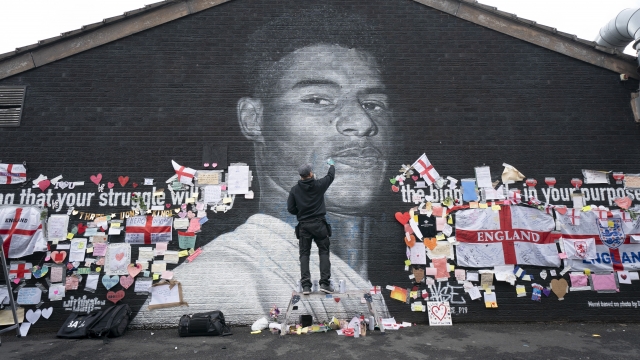 SMS
4 Arrested Over Online Abuse Of England Soccer Players
By Katherine Biek
By Katherine Biek
July 15, 2021
All three players targeted are part of a young England squad that has been widely praised for its diversity and social conscience.
SHOW TRANSCRIPT

Police in the U.K. have arrested four people over online racist abuse directed at members of England's soccer team after it lost in the final of the UEFA European Championship Sunday.

All three of them missed critical penalty kicks in the shootout that won Italy the championship.

Police are working with social media platforms to learn the identities of other users they believe are behind the slew of racist comments.