3 US Soldiers Die From Blast Near Ghazni City, Afghanistan 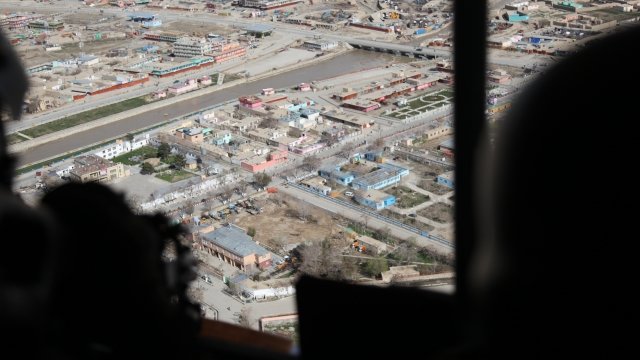 SMS
3 US Soldiers Die From Blast Near Ghazni City, Afghanistan

By Katie Cammarata
November 27, 2018
Three others soldiers and one contractor were reportedly injured in the blast.
SHOW TRANSCRIPT

Three U.S. service members have died from an explosion near Ghazni City, Afghanistan, on Tuesday.

Three others soldiers and one contractor were reportedly injured in the blast. The names of the victims won't be released until after the next of kin are notified. A witness told The New York Times a U.S. convoy driving by may have caused the bomb to explode.

CNN reports it's the deadliest attack against U.S. military in Afghanistan since 2017.

The Taliban claimed responsibility for the attack.

At least 13 U.S. service members have died in Afghanistan already this year. But, for some perspective, the total number of U.S. and coalition casualties in Afghanistan has gone down the past several years.