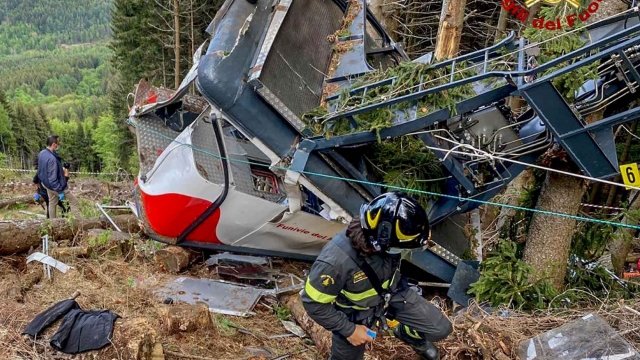 Italian authorities have arrested three people in the cable car crash that killed 14 people on Sunday.

They are reportedly the owner of the cable car service, the company’s director and the service chief.

Investigators say one of them admitted to using a makeshift clamp on the emergency brake to stop it from engaging spontaneously and messing with the funicular. The device was put on weeks ago as a temporary fix but still in place when the lead cable snapped, causing the disaster.