17 Years After 9/11, Thousands Are Still Sick From Its Toxic Dust 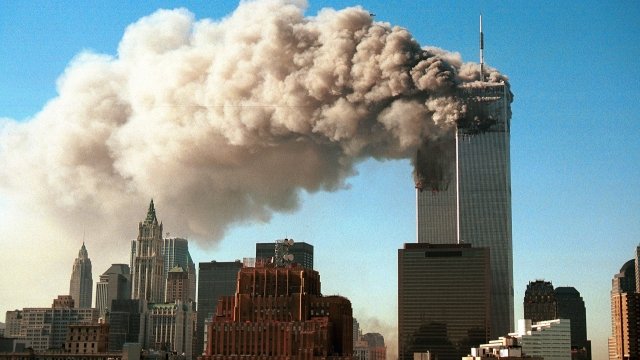 SMS
17 Years After 9/11, Thousands Are Still Sick From Its Toxic Dust

It’s been 17 years since the World Trade Center attacks, but first responders and community members still face health issues from breathing in toxic dust found around Ground Zero, according to the CDC.

"There was combustion of jet fuel. There were the combustion products from the buildings themselves: the plastics, the metals, wood, insulation, fluorescent lights, computers, video monitors, and then all the particulate matter that resulted from that," said David Prezant, Chief Medical Officer at the Office of Medical Affairs for the Fire Department of the City of New York. "You had organic pollutants, polyaromatic hydrocarbons, PCBs, dioxin, benzene, heavy metals, lead, and mercury."

The most common health issues for the program include asthma and nasal inflammation. But exposure to ground zero dust has also been associated with 50 different cancers.

Doctors are still learning exactly how being around the World Trade Center site impacts the risk of developing cancer. But the program has already linked nearly 10,000 cancer cases to 9/11. Just last week, the news came of at least 15 men, who were in the vicinity of Ground Zero after the attacks, developed breast cancer. This is rare — men make up a minuscule one percent of all breast cancer patients.

And it’s not just the first responders suffering health effects. The CDC says the toxic dust also affected a wide area around the site, so those who weren't nearby may still have gotten sick. Mount Sinai Medical Center estimates some 400,000 people had reasonable exposure, yet only 16,653 have enrolled in the CDC's WTC program.