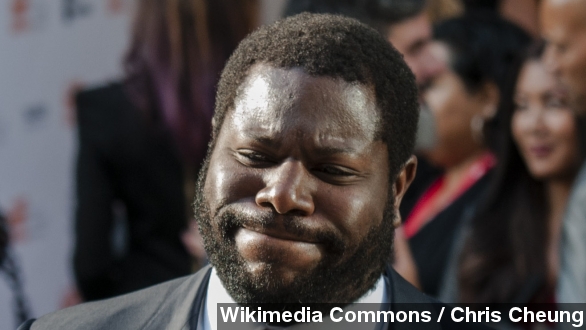 By Briana Koeneman
January 7, 2014
The New York Film Critics Circle Awards got a little awkward when Armond White heckled director Steve McQueen while he was accepting an award.
SHOW TRANSCRIPT

The "12 Years a Slave" director had reportedly just stepped on stage to receive his Best Director award when White started yelling at him from the back of the audience. (Via YouTube / Film Society of Lincoln Center)

According to a writer for Variety who attended the event, White didn't hold back during his outburst, saying, "You’re an embarrassing doorman and garbage man." He also swore at the director.

Another critic who was sitting at White's table later tweeted that both White and his guest were "drunk and heckling" during the entire ceremony. (Via Twitter / @thehighsign)

But McQueen apparently pretended not to hear White's shouting and went on with his acceptance speech, thanking the critics group for choosing him for the award. (Via The Guardian)

Though "12 Years A Slave" has been one of the most praised films of the year and is considered an Oscar frontrunner, White has given it brutal reviews. He's notorious for going against the grain of what other critics think.

And White's outburst at the 69th annual awards ceremony isn't exactly something new for him.

When he hosted the awards back in 2011, the film critic reportedly bashed actresses Annette Bening and Michelle Williams. And he apparently continued the trend by mocking Robert DeNiro and Viola Davis the next year. (Via Gawker)