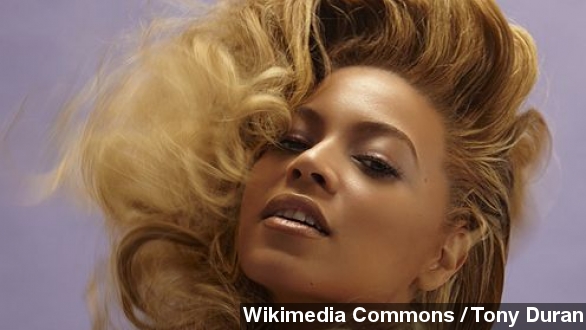 By Briana Koeneman
January 14, 2014
In an essay for The Shriver Report, Beyonce calls gender equality a "myth" and asks both men and women to stand up to make it a reality.
SHOW TRANSCRIPT

In a short essay for non-profit initiative The Shriver Report, the singer calls gender equality a "myth" and asks both men and women to stand up to make it a reality. (Via Sony Music Entertainment / Beyonce)

To be specific, Queen Bey goes on to say the average working woman only makes about 77 percent of what average working men do, and unless everyone agrees that's "unacceptable," then nothing will change. (Via ABC)

That number comes from 2012 figures from the U.S. Census Bureau. And although Beyonce's essay was only 200 words, observers are calling it pretty noteworthy.

Time says it's "...notable because so few female pop [stars] have come out as the dreaded F word, let alone penned a treatise about the female experience tucked into a national report..." ​

And Beyonce explores the issue even more in her fifth studio album, which was released without any prior promotion last month.

The track "***Flawless" features a voiceover from a Nigerian feminist author saying, "We say to girls... 'You should aim to be successful but not too successful otherwise you're reflecting the man.'" (Via Columbia Records / Beyonce)

The Shriver Report — founded by Maria Shriver — features a collection of essays that explore financial insecurity among women in the U.S. Along with Beyonce, it features pieces from Eva Longoria, Lebron James and other celebrities.